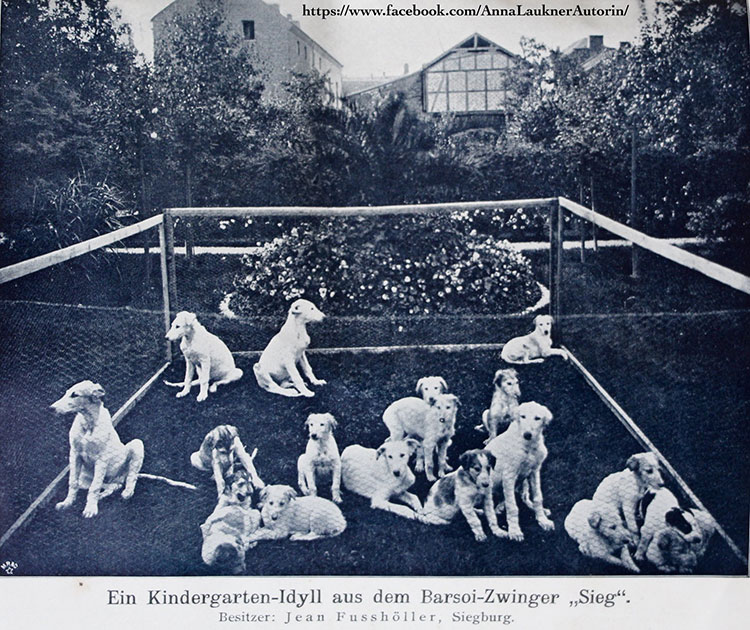 Today I am posting a few photos from a magazine called “Zwinger und Feld” (“Illustrierte Wochenschrift für Jägerei, Hundezüchtung, Schiesskunst, Fischerei und Reitsport”) and they are from the year 1897 – so the pictures are 123 years old!

These photos belong to a detailed article about “white dachshunds”, in which already at that time a distinction was made between “white tigers” and “white dachshunds”. The author reported in detail about his observation that “white tigers” very often had deficits like deafness and “glass eyes” (that’s what they called light blue eyes) and deformed eyeballs, whereas the “white dachshunds” (i.e. the extreme dachshunds) had dark eyes and no problems of the eyes.
He compared the two types of white dachshunds with the tigerdog and the dalmatian, whereby he quite correctly recognised even then that the markings of the tigerdog and the dalmatian must be due to different dispositions.
Absolutely impressive – more than 120 years ago! 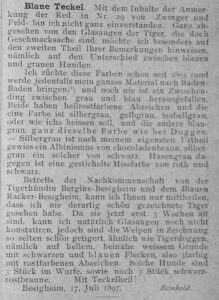 Unfortunately, no photos were shown for this letter to the editor, but I suspect that the “blue” dachshunds described are dilute black and red. The silver-grey/isabell-grey ones are possibly lilac (i.e. dilute brown-red). This photo from a dog book from about the same time, which shows a dachshund that looks very much like a lilac (lilac is the colour of the Weimaraner, i.e. dilute brown), matches this: https://www.facebook.com/AnnaLauknerAutorin/photos/a.486618784744011/735449966527557/?type=3&theater. 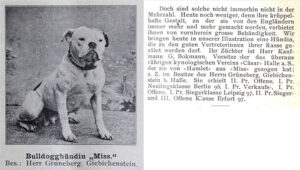 I find the accompanying text very telling … already at that time there was a tendency to overtypify the English Bulldog. 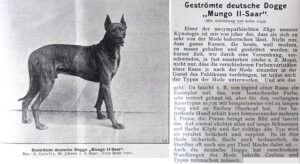 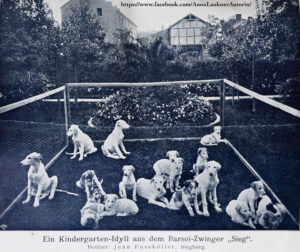 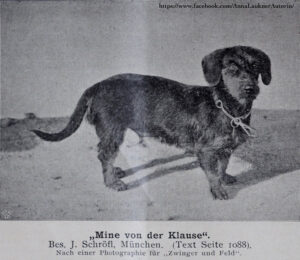 In the caption the pattern of this dog is called “hospice albinism”. This probably means the predominantly white head and the extensive white spotting. But “white head” has nothing to do with albinism. 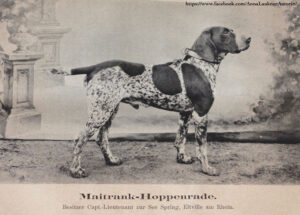 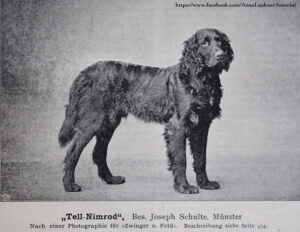 A Collie – considering that the picture was taken 123 years ago, the dog looks amazingly similar to today’s Collies. 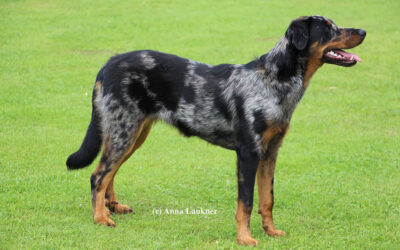 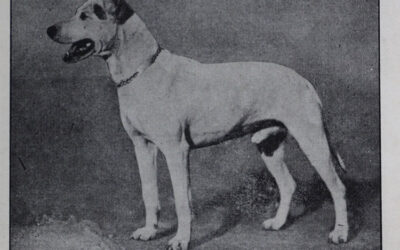